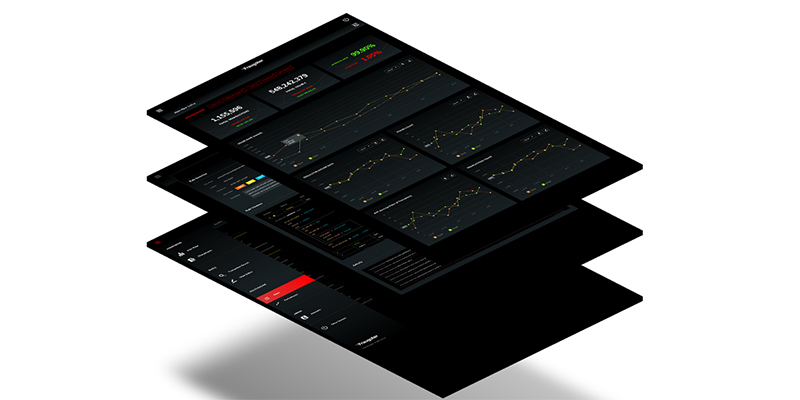 We live in a golden age of travel, a time when it’s never been easier (or cheaper) to book a flight to a far-flung locale. It seems everyone is either planning a trip, on vacation, or sharing enviable photos from their latest jaunt. But according to Luke Shaughnessy, the operations manager of Fraugster, an anti-fraud startup, our credits cards haven’t been keeping pace.

Based in Berlin, Fraugster was founded in 2014 by Max Laemmle, who also helped found the transaction processor Better Payment, and Chem Zamir, who worked at PayPal. It now has over 50 employees and recently completed a round of series-B funding, netting over $14 million.

Fraugster’s ability to track credit card transactions along cutting-edge lines is due to its relationship with the companies that serve as intermediaries between vendors and banks. Shaughnessy explains, “They’ll give us 10,000 transactions that they know were fraudulent, and we can go through those huge data dumps and look for trends.” Using neural networks, Fraugster can verify transactions in less than 200 milliseconds with fewer false positives, ensuring that consumers aren’t inconvenienced by declines on valid transactions and that vendors are able to maximize sales. Catching fraud and keeping markets greased go hand in hand.

One of Fraugster’s most recent challenges was migrating their data from in-house servers to the cloud. A sticking point was the payment card industry data security standard (PCI DSS), a set of stringent technical requirements for firms that handle cardholder information. Shaughnessy recalls one company going bankrupt while trying to become PCI DSS compliant. Fraugster determined that hashing, or irreversibly encrypting, then tokenizing credit card numbers and storing them in the cloud for further analysis was safer and more cost-effective. They worked with Amazon Web Services on the documentation related to the tokenizer’s compliance, and now they’re moving more of their workload into the cloud. It’s all of a piece with Fraugster’s promise to ensure that all credit card use is, in Shaughnessy’s words, “very smooth and very painless and very risk free.”

1Ticket Leadership on Scalability, Automation, and Enabling the Flip Economy

In 2004, Jason Knieriem had been working as the lead (read: only) developer for GreatSeats.com, a local ticket broker for concert, sports, and theater tickets. Greatseats.com, until then, had maintained a comfortable position as one Read more…

For Market Kurly’s delivery drivers, the work day starts at 8pm—that’s when the first wave of groceries are ready to be loaded into each person’s respective car. From there, a delivery management system pinpoints the Read more…