This post was written by Tomas Christ, Solution Architect at eprimo GmbH.

eprimo GmbH is a wholly owned subsidiary of E.ON SE, situated near Frankfurt, Germany. It represents the largest purely green-energy supplier in Germany with some 1.7 million customers. Currently, eprimo has a staff of approximately 160 people. We have been using Amazon Web Services (AWS) since 2016 and run multiple production workloads in more than 40 AWS Control Tower-managed AWS Accounts.

In this blog post, I will describe how we migrated from self-managed Apache Airflow to Amazon Managed Workflows for Apache Airflow (MWAA). Then I will explain how we upgraded to Apache Airflow 2.x. This should provide a guideline with the necessary steps to accomplish the migration. 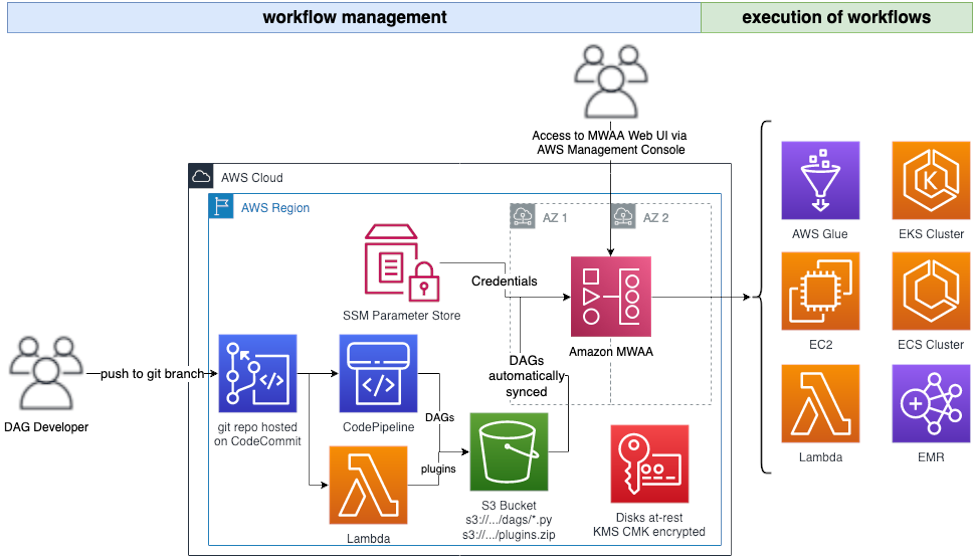 With only 2 of 160 employees taking care of the entire DevOps and data engineering environment at eprimo, automation has always been key. This was a strong driver into looking for a powerful workflow management platform, going with Apache Airflow, which we deployed using a self-managed approach back in 2019.

Apache Airflow is an open source workflow management platform that enables us to develop, manage, schedule, and monitor workflows based on directed acyclic graphs (DAGs) that are based on Python source files. An Airflow DAG defines a workflow; at eprimo, this includes mostly data pipelines and can consist of several steps that are called Tasks in Apache Airflow.

Because the availability of workflow orchestration and management platforms is critical, we had to take the necessary steps to ensure the availability of Airflow (for example, by configuring Amazon EC2 Auto Scaling groups). With that in mind, learning that Amazon Managed Workflows for Apache Airflow (MWAA) was announced in late 2020 sounded like great news to us. 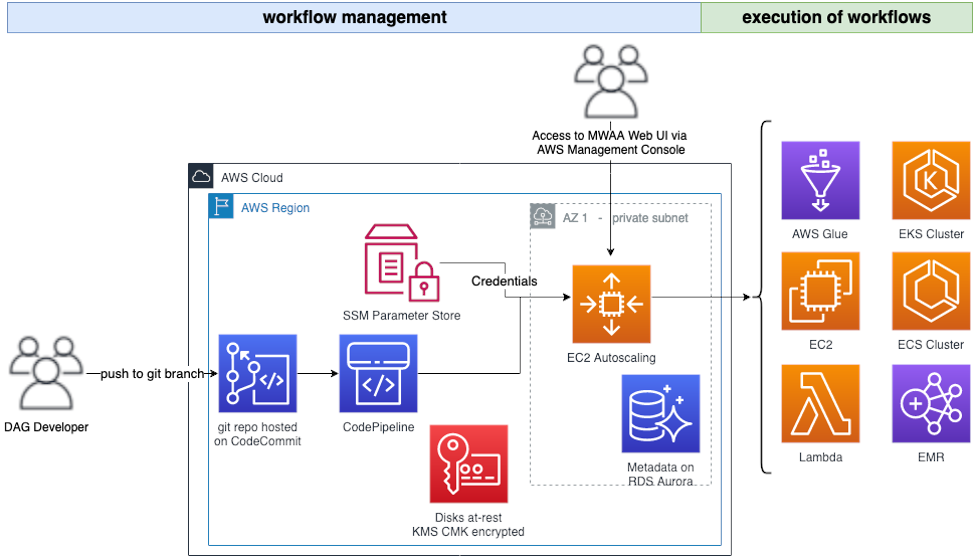 Figure 2: The Apache Airflow environment before the migration.

After we began experimenting with Amazon Managed Workflows for Apache Airflow, the following benefits convinced us to deploy Amazon MWAA:

At eprimo, whenever infrastructure with more than one environment is supposed to be set up, we have a policy of using infrastructure as code (IaC) methods. Whenever multiple executions of a step cannot be ruled out, we also strive to implement it programmatically. Thus, the resources were created using CloudFormation stacks. The actual migration process, including testing dozens of productive Airflow DAGs, took about a week for two employees.

All steps, including the CloudFormation templates, also can be found on GitHub.

First, we needed to create all necessary resources for the MWAA environment. At eprimo, that included the following:

The CloudFormation YAML file for this step is on GitHub.

Disks of MWAA resources were supposed to be encrypted at-rest with AWS Key Management Service (AWS KMS). This KMS key had to be identical to the key that is used to encrypt data stored in the Amazon S3 bucket mentioned in step 1 to allow encrypted CloudWatch Logs. To achieve this, the KMS key policy had to be changed accordingly:

AWS_REGION and AWS_ACCOUNT_ID must be replaced with the concrete values of an environment.

The CloudFormation YAML file to this step is on GitHub.

Both updating DAGs and inserting new DAGs is done automatically. After the Python source file that represents an Airflow DAG is pushed to a specific git repository hosted on AWS CodeCommit, the CodePipeline will pull the newly pushed file and store it on a specific path on an Amazon S3 bucket, like s3://mybucketname/dags/dagname.py. Amazon MWAA automatically synchronizes the content of the path to its own directory every 30 seconds.

To update or add custom plugins (for example, hooks, or sensors, or requirements to the MWAA environment), a manual update of the environment is necessary. This can be done by initiating the following steps:

Once Amazon Managed Workflows for Apache Airflow supported Apache Airflow 2.0, we were eager to upgrade because it includes new features that both enhance operability, such as task groups and the new UI, and allow high availability of the Apache Airflow Scheduler.

Directly upgrading MWAA from version 1.10.12 to version 2.0 is not possible. Therefore, a new MWAA environment must be created with all the necessary resources. Review the previous steps to achieve that.

Hooks can now be imported with the following statement:

Following are highlights from what we learned and recommendations based on our migration to Amazon MWAA in February 2021 and our upgrade to Apache Airflow 2.0.2 on MWAA in June 2021.

In this blog post, I explained why we migrated to Amazon Managed Workflows for Apache Airflow (MWAA), steps we took as part of that migration, and lessons we learned along the way. Resources covered in this article are available in our GitHub repository. 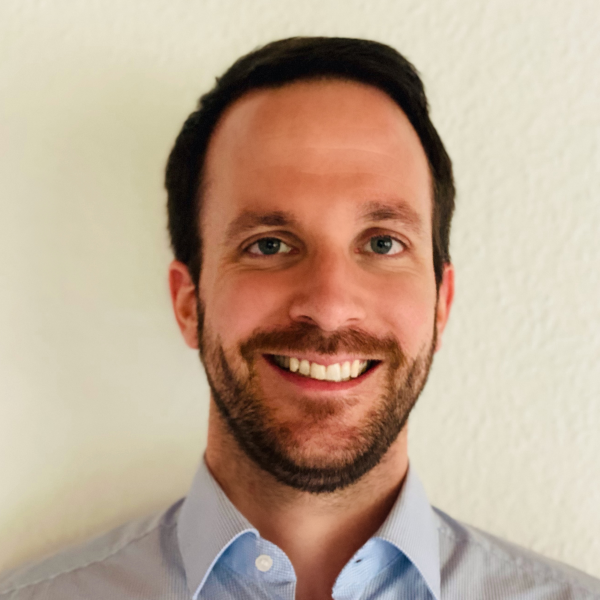 Tomas Christ is a Solution Architect at eprimo GmbH where he has been designing and building solutions primarily for the analytics and data science department since 2017, after working as both a machine learning engineer and a data scientist for several years.