AWS Distro for OpenTelemetry (ADOT) Collector v0.9.0 is now available with Systems Manager Distributor support. We now have a Systems Manager package for the ADOT Collector that any user can use on Amazon Elastic Compute Cloud (Amazon EC2) as well as managed on-premises instances by running simple Systems Manager commands. Systems Manager helps reduce the operational cost on ADOT Collector deployments for users and ensures a better onboarding user experience for service observability.

The ADOT project is open source and hosted in GitHub. ADOT implements its continuous integration (CI) and continuous delivery (CD) workflows using GitHub Actions. In our approach of enabling ADOT Collector in Systems Manager Distributor, the end-to-end packaging and publishing workflow was implemented in GitHub Actions. The diagram below describes a high-level view of the workflow implementation. 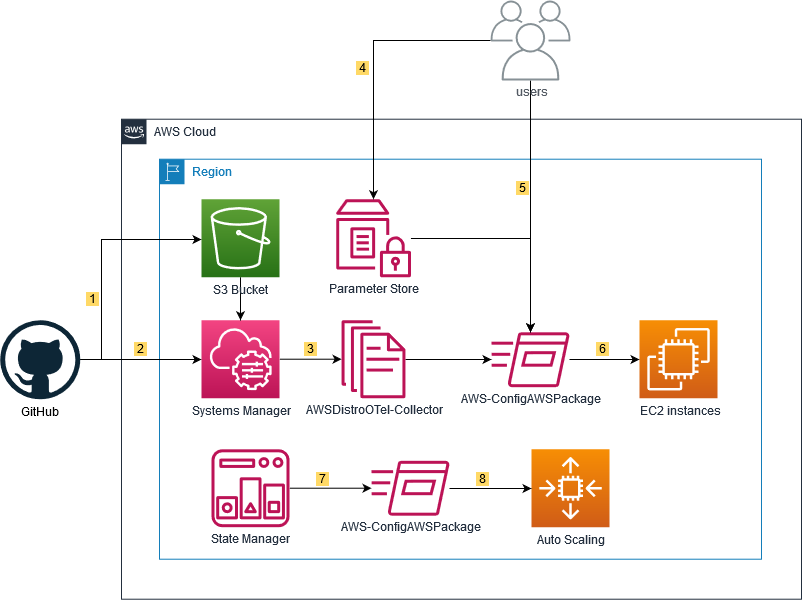 As shown in the diagram, the continuous integration workflow in GitHub includes the following steps:

In this section, we walk through how to deploy and update ADOT Collector on Amazon EC2 and managed on-premises instances via AWS Systems Manager Distributor. For this setup, the target instances need to meet the following requirements:

For macOS: base64 -i config.yaml -o aoc-config-base64.txt

Next, navigate to the SSM Distributor console and open the Owned by Amazon tab. Select AWSDistroOTel-Collector and choose Install. 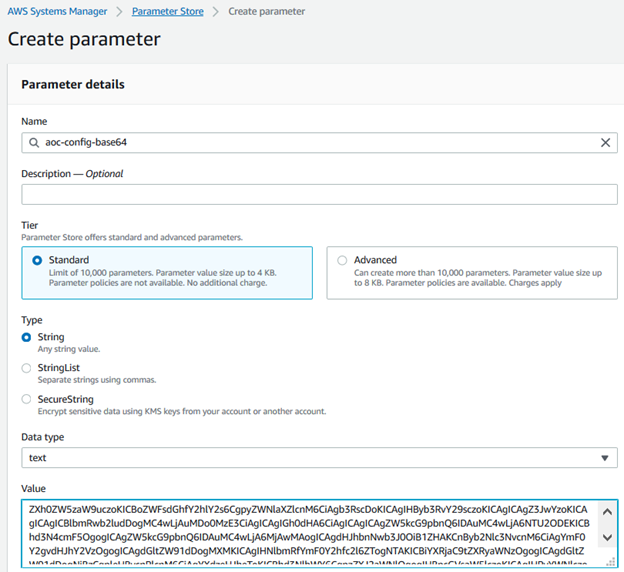 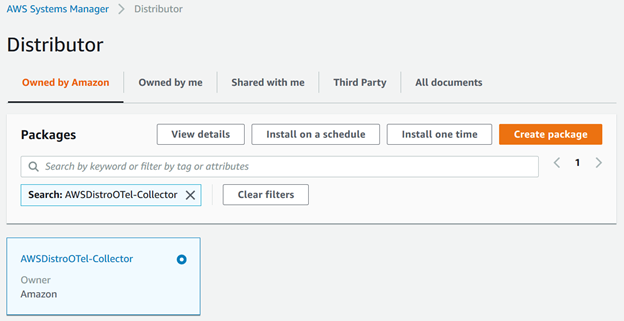 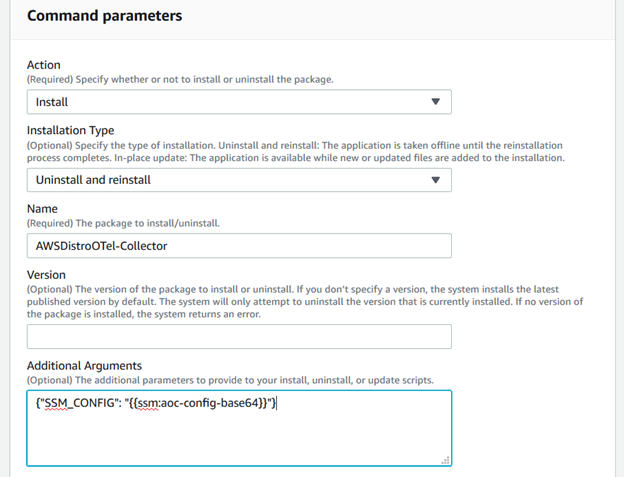 In this blog post, we walked through how to enable the ADOT Collector in AWS Systems Manager using a GitHub Actions workflow to provide a simplified installation experience for users. We also walked through steps for how to deploy the ADOT Collector to a large group of managed EC2 instances with AWS Systems Manager. To learn more, check out the AWS Distro for OpenTelemetry repos and developer portal for detailed technical documentation.

New – FreeRTOS Extended Maintenance Plan for Up to 10 Years