This post was written by Robert Fratto, Imaya Kumar Jagannathan, and Alolita Sharma.

In this blog post, we will walk through the steps to configure an AWS Identity and Access Management (IAM) role to send Prometheus metrics to the Amazon Managed Service for Prometheus. We will then install Grafana Cloud Agent on your Amazon Elastic Kubernetes Service cluster and forward metrics to AMP. We assume that you already have an AMP workspace configured in your environment. To learn about creating a new AMP workspace, refer to the documentation.

The Grafana Cloud Agent scrapes operational metrics from containerized workloads running in the Amazon EKS cluster and sends them to AMP for long-term storage as well as for subsequent querying by monitoring tools such as Grafana. Data sent to AMP must be signed with valid AWS credentials using the AWS Signature Version 4 algorithm to authenticate and authorize each client request for the managed service.

The agent-permissions-aks shell script can be used to execute the these actions after substituting the placeholder variable YOUR_EKS_CLUSTER_NAME with the name of your Amazon EKS cluster:

The script requires that you have installed the CLI tools kubectl and eksctl and have configured them with access to your Amazon EKS cluster.

The agent-permissions-aks shell script creates an IAM Role named EKS-GrafanaAgent-AMP-ServiceAccount-Role and attaches it to the Kubernetes service account named grafana-agent under the grafana-agent namespace.

To deploy the Grafana Cloud Agent to your Amazon EKS cluster, run the command below, replacing these placeholders:

After a minute or two, metrics should start being collected and sent to AMP. You can query for metrics using Amazon Managed Service for Grafana that has your AMP workspace as a Prometheus datasource. To verify metrics are being collected, query for up{job=”grafana-agent/grafana-agent”}.

Pods that are scraped by default

By default, the Grafana Cloud Agent will collect metrics from the /metrics endpoint of any Amazon EKS pod that follows the following rules:

The Grafana Cloud Agent deployment follows these rules by default, and will therefore scrape itself.

For each discovered pod, the following label will be injected when scraping metrics:

Visits the websites to learn more about Amazon Managed Service for Prometheus and Amazon Managed Service for Grafana. Please let us know if you have any questions, issues, or enhancements you discover in the steps outlined as you install Grafana Cloud Agent to get started with AMP. And if you’re on Twitter don’t hesitate to drop me a line on any questions or feedback. 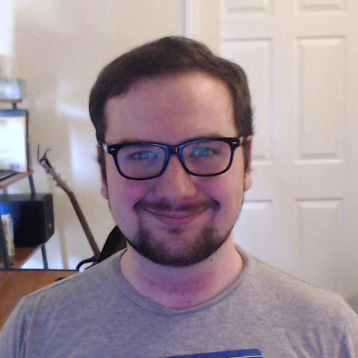 Robert is a Senior Software Engineer at Grafana Labs. He is one of the maintainers of Grafana Loki and the primary maintainer for the Grafana Cloud Agent. When not writing code for work or fun, Robert likes to play with his dog, Data. You can reach him on Twitter @robertfratto

We are thrilled to announce that AWS is joining the Continuous Delivery Foundation (CDF) as a Premier member. Continuous delivery is the bridge between software that our customers build and cloud services that AWS offers, Read more…

Cloud governance and compliance on AWS with policy as code

To stay competitive, organizations must innovate faster and operate more efficiently, and using dynamic and highly scalable cloud resources can help. IT teams can shift from the mindset of a binary choice between business agility Read more…