AWS DeepRacer is the fastest way to get rolling with machine learning (ML). It’s a fully autonomous 1/18th scale race car driven by reinforcement learning, a 3D racing simulator, and a global racing league. Throughout 2020, tens of thousands of developers honed their ML skills and competed in the League’s virtual circuit via the AWS DeepRacer console and 14 AWS Summit online events leading up to the Championship Cup at 2020 AWS re:Invent.

Developers from around the world tuned in via Twitch to watch the AWS DeepRacer Championship Cup during re:Invent. What started as a group of more than 100 developers in the knockout rounds, narrowed down to a field of 32 in the head-to-head races. The competition ultimately resulted in eight finalists facing off against each other in a Grand Prix style finale, broadcast live at AWS re:Invent. It was an exciting race all the way to the very last lap where Po-Chun Hsu from Team NCTU-CGI came from behind to take the checkered flag and the 2020 AWS DeepRacer Championship. As a grand prize, Po-Chun will receive $10,000 AWS promotional credits and an all-expenses-paid trip to an F1 Grand Prix. Congratulations, Po-Chun!

Watch all the action from the final race in the following video.

The final race was one of the most exciting we’ve seen this season and the first all-virtual Championship race. The starting grid featured JPMC-DriftKing in eighth, Karl-NAB in seventh, Robin-Castro in sixth, Condoriano in fifth, Jochem in fourth, Duckworth in third, Po-Chun-NCTU-CGI in second, and Kuei-NCTU-CGI on the pole. The action got underway at the drop of the green flag, with Po-Chun getting off to an early lead with a decisive and slick move to the inside curve on the first turn. As Po-Chun moved out to increase his lead in first place, a big pileup occurred on the first lap that gathered up the back-five racers, firmly establishing Po-Chun, Duckworth, and fellow NTCU-CGI teammate Kuei as the top three racers to watch for the remainder of the finale.

By Lap 3, Po-Chun really started to take a commanding lead, establishing a more than 7-second gap from second place Duckworth. At this point, the championship was clearly in sight for Po-Chun, while the most competitive racing was for second place between Duckworth, Karl-NAB, and Kuei with less than a second of time between them. But, just as the race looked as if it were well in hand, Po-Chun hit a snag. On Lap 4, Po-Chun spun out, giving the other racers a chance to catch up to the leader, with a second-place Duckworth eating into Po-Chun’s lead and now following by only 3 seconds.

Going into the final lap, we saw an intriguing mishap. Just as the lap began, Po-Chun spun off again. This time, Duckworth overtook him right at the lap line to take the lead for the first time. Although Po-Chun had been leading the whole race, he was now seeing the AWS DeepRacer League Championship slip through his fingers. It was neck and neck to the checkered flag with one lap to go. Po-Chun had a late opportunity to overtake Duckworth on the first turn of the last lap, but his tires got caught under Duckworth and he was forced to take a 5-second penalty. At this point, Duckworth had a clear shot to the finish line with a tremendous come-from-behind victory in his grasp. Then, the unbelievable happened. Rounding the corner to the finish line, Duckworth suddenly slid off the track!

Coming in fast, Po-Chun never missed a beat, rounding the final corner, crossing the line, and taking the Championship as he passed an idling Duckworth. Duckworth quickly restarted to cross over the line to take second. Po-Chun’s teammate Kuei rounded out the podium with a third place finish. The racers finishing from first through eighth were Po-Chun, Duckworth, Kuei, Karl-NAB, Robin-Castro, Jochem, Condoriano, and JPMC-DriftKing. Well done, Grand Prix finalists!

Po-Chun was asked what was going through his mind on the last lap. “I thought I was about to lose,” said a stunned Po-Chun. “I never expected the other car would crash right in front of the finish line. I couldn’t believe it!” 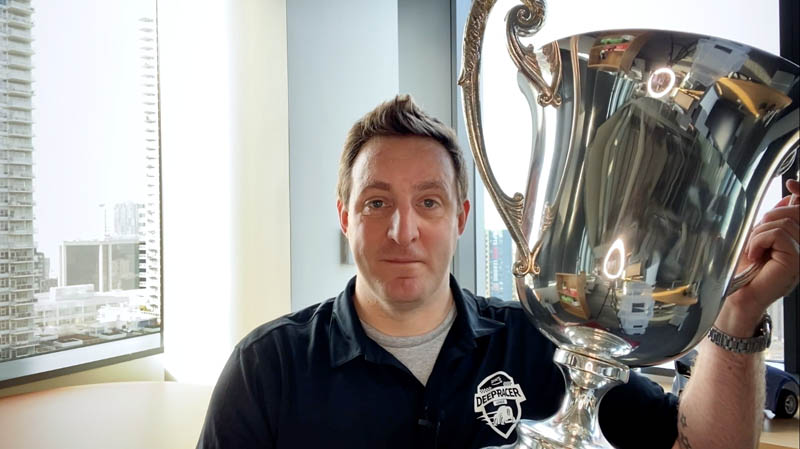 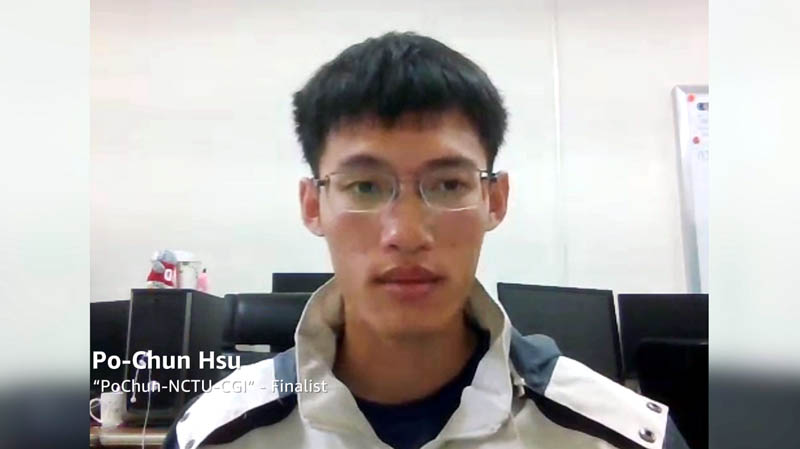 Don’t forget to start training your models early as the 2021 AWS DeepRacer season is just around the turn. The AWS DeepRacer League is introducing new skill-based Open and Pro racing divisions in March 2021, with five times as many opportunities for racers to win prizes, and recognition for participation and performance. Another exciting new feature coming in 2021 is the expansion of community races into community leagues, enabling organizations and racing enthusiasts to set up their own racing leagues and compete with their friends over multiple races.

It’s never too early to get ready to race. Be sure to take advantage of the December cost reductions for training and evaluation for AWS DeepRacer by over 70% (from $1–3.50 per hour) through December, 2020. Take advantage of these low rates today.

Dan McCorriston is a Senior Product Marketing Manager for AWS Machine Learning. He is passionate about technology, collaborating with developers, and creating new methods of expanding technology education. Out of the office he likes to hike, cook and spend time with his family.

In our previous post, we described how to translate documents using the real-time translation API from Amazon Translate and AWS Lambda. However, this method may not work for files that are too large. They may take too much time, triggering Read more…