Getting started with Trace Analytics in Amazon Elasticsearch Service

Trace Analytics is now available for Amazon Elasticsearch Service (Amazon ES) domains running versions 7.9 or later. Developers and IT Ops teams can use this feature to troubleshoot performance and availability issues in their distributed applications. It provides end-to-end insights that are not possible with traditional methods of collecting logs and metrics from each component and service individually.

This feature provides a mechanism to ingest OpenTelemetry-standard trace data to be visualized and explored in Kibana. Trace Analytics introduces two new components that fit into the OpenTelemetry and Amazon ES ecosystems:

Here is a component overview: 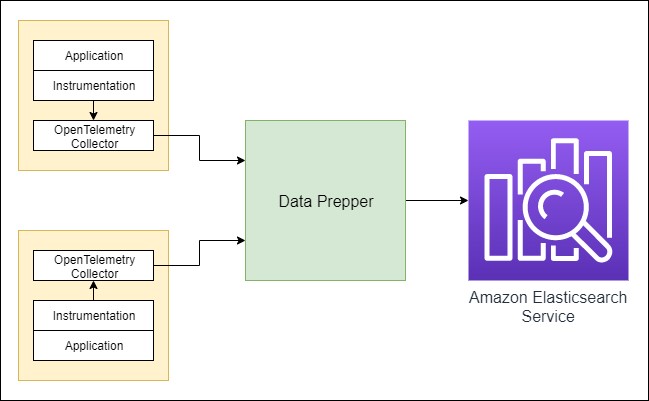 Applications are instrumented with OpenTelemetry instrumentation, which emit trace data to OpenTelemetry Collectors. Collectors can be run as agents on Amazon EC2, as sidecars for Amazon ECS, or as sidecars or DaemonSets for Amazon EKS. They are configured to export traces to Data Prepper, which transforms the data and writes it to Amazon ES. The Trace Analytics Kibana plugin can then be used to visualize and detect problems in your distributed applications.

OpenTelemetry is a Cloud Native Computing Foundation (CNCF) project that aims to define an open standard for the collection of telemetry data. Using an OpenTelemetry Collector in your service environment allows you to ingest trace data from a other projects like Jaeger, Zipkin, and more. As of version 0.7.1, Data Prepper is currently an alpha release. It is a monolithic, vertically scaling component. Work on the next version is underway. It will support more features, including horizontal scaling.

To get started, you need:

Deploy to EC2 with CloudFormation

Use the CloudFormation template to deploy Data Prepper to EC2.

The InstanceType parameter allows you to specify the size of the EC2 instance that will be created. For recommendations on instance sizing by workload, see Right Sizing: Provisioning Instances to Match Workloads, and the Scaling and Tuning guide of the Data Prepper repository.

It should take about three minutes to provision the stack. Data Prepper starts during the CloudFormation deployment. To view output logs, use SSH to connect to the EC2 host and then inspect the /var/log/data-prepper.out file.

Now that Data Prepper is running on an EC2 instance, you can send trace data to it by running an OpenTelemetry Collector in your service environment. For information about installation, see Getting Started in the OpenTelemetry documentation. Make sure that the Collector is configured with an exporter that points to the address of the Data Prepper host. The following otel-collector-config.yaml example receives data from various sources and exports it to Data Prepper.

Be sure to allow traffic to port 21890 on the EC2 instance. You can do this by adding an inbound rule to the instance’s security group.

If you don’t have an OpenTelemetry Collector running and would like to send sample data to your Data Prepper instance to try out the trace analytics dashboard, you can quickly set up an instance of the Jaeger Hot R.O.D. application on the EC2 instance with Docker Compose. Our setup script creates three containers on the EC2 instance:

Although your application, the OpenTelemetry Collectors, and Data Prepper instances typically wouldn’t reside on the same host in a real production environment, for simplicity and cost, we use one EC2 instance.

To start the sample application 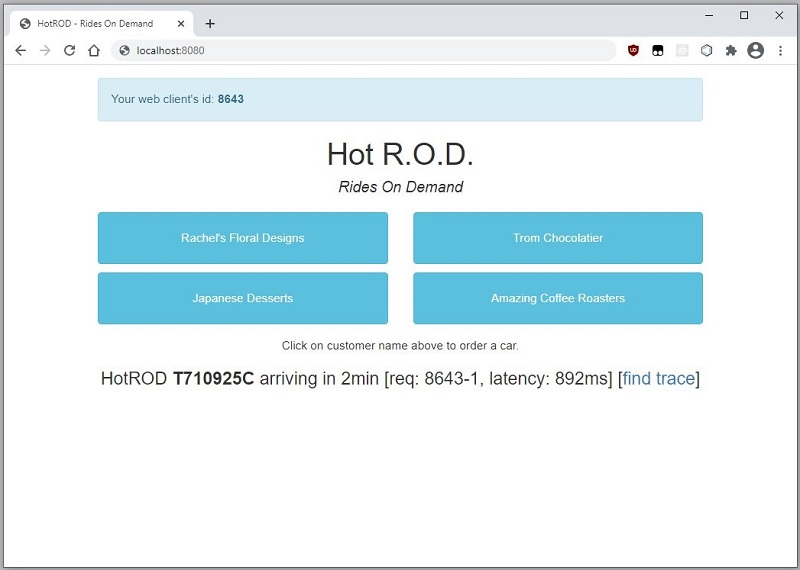 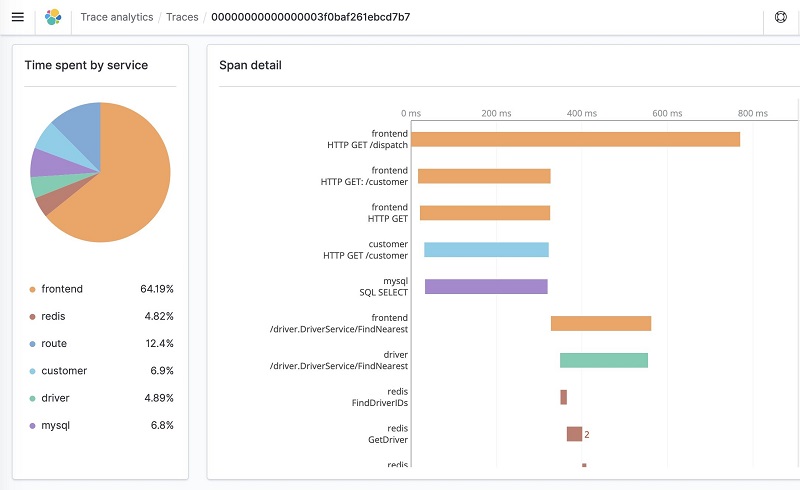 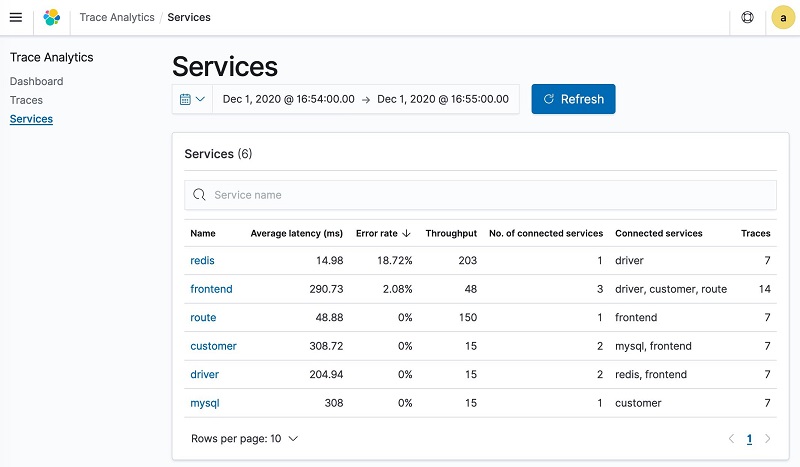 Trace Analytics adds to the existing log analytics capabilities of Amazon ES, enabling developers to isolate sources of performance problems and diagnose root causes in their distributed applications. We encourage you to start sending your trace data to Amazon ES so you can benefit from Trace Analytics today.

Jeff Wright is a Software Development Engineer at Amazon Web Services where he works on the Search Services team. His interests are designing and building robust, scalable distributed applications. Jeff is a contributor to Open Distro for Elasticsearch.

Kowshik Nagarajaan is a Software Development Engineer at Amazon Web Services where he works on the Search Services team. His interests are building and automating distributed analytics applications. Kowshik is a contributor to Open Distro for Elasticsearch.

Anush Krishnamurthy is an Engineering Manager working on the Search Services team at Amazon Web Services.

Traditionally, read replicas of relational databases are often used as a data source for non-online transactions of web applications such as reporting, business analysis, ad hoc queries, operational excellence, and customer services. Due to the Read more…

Over the last several years, enterprises have accumulated massive amounts of data. Data volumes have increased at an unprecedented rate, exploding from terabytes to petabytes and sometimes exabytes of data. Increasingly, many enterprises are building Read more…