Virtual workstations on AWS: Discussing the next must-have studio essential A recap of a virtual panel, moderated by postPerspective 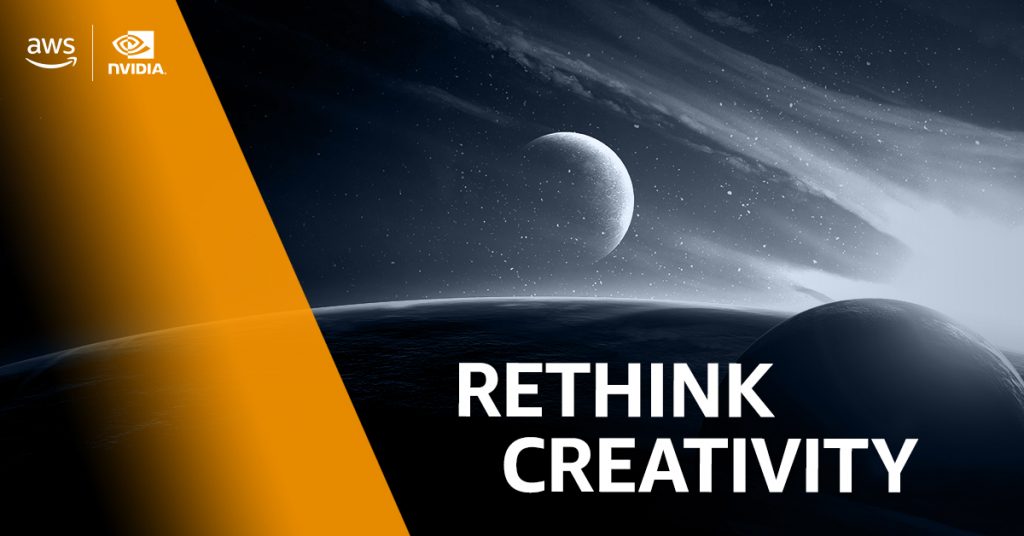 In alignment with virtual SIGGRAPH 2020, AWS hosted a five-webcasts series offering tips on best practices and production-proven insights from creative studios and technology partners. Each presentation delved into the power of the cloud for visual effects and animation workflows. Untold Studios, revealed its origin story as the first fully cloud-based creative studio and provided tangible examples as to how AWS helps fuel their artistry in production. Hive VFX then gave participants a behind-the-scenes look at its virtualized studio, demonstrating how AWS has helped them scale globally. Cinesite followed up with a sneak peek at its work on upcoming family adventure-comedy “EXTINCT” and the latest season of “Tom Clancy’s Jack Ryan” – all rendered on AWS.

An entire session was devoted to virtual workstations, a hot topic in recent months. Randi Altman of postPerspective led a lively conversation on the subject with AWS Senior Product Manager Corban Gossett; Anne Hecht, Senior Director of Product Marketing at NVIDIA; and Jeff Bell, COO of Tangent Studios. The discussion centered on the underpinnings of virtual workstations, their use in modern pipelines and why remote work is here to stay, even for complex content production.

From Bell’s view, one of the most interesting aspects of AWS virtual workstations is how his artists can connect to a powerful machine with only a laptop or NUC. He shared how he’d worked on a production from a tablet while in a cabin in the woods – a true test of the ability of virtual workstations on AWS to transform rudimentary setups into high performance workstations. For his team, another benefit of using virtual workstations is that they don’t have to deal with hardware end-of-life, which can be necessary in as little as two years from purchase. When new instances become available on AWS (like the G4 with NVIDIA T4 GPUs and Quadro technology launched earlier this year) Bell and his team can instantly access them.

Hecht stressed the importance of artist freedom, especially given the isolating events of 2020. She reinforced how AWS virtual workstations on G4 instances allow artists to take advantage of bleeding edge technology from nearly anywhere in the world, including real-time raytracing, interactive raytracing and more. In an comparison, Gossett likened the arrival of virtual workstations to the introduction of web-based email and how it expanded digital communication beyond internal servers and desktops. He also pointed out that while mandatory stay-at-home measures may have accelerated cloud timelines, many studios were already sourcing out migration plans.

All three panelists agreed that working from home will be the new norm, even as artists start returning to in-studio environments. Hecht mused that offering a work from home option will become an employee perk that will help companies attract top talent, though she was quick to underscore the importance of face-to-face collaboration and human connectivity. She shared her opinion on how agile work solutions like virtual workstations allow for seamless transitions in and out of the office, giving studios the flexibility to leverage highly performant machines in many different scenarios. Both Gossett and Bell echoed her sentiments. Bell explained that despite the shift to work from home setups, the studio’s productivity has remained steady, and upon surveying his company, found that many employees are interested in continuing remote arrangements indefinitely. While Gossett shared that he prefers to go into the office rather than work from home, he’s excited by how virtual workstations can extend talent pools. Also, he misses whiteboarding and hasn’t found a good virtual substitute.

To check out the full 30-minute session, which covers virtual workstation security, data migration, and more, you can register here to view on demand. Registration provides access to all five presentations, including a keynote from Will McDonald, Product and Technology Leader at AWS. For resources on how to get started with virtual workstations on AWS, click here.