Creating a Feature Film with DaVinci Resolve on AWS

Roswell Films and Therapy Studios partnered with Blackmagic Design and AWS to solve a prevalent problem: the nature of working from home limits access to editing suites and offices. A feature length film still has the same deadlines, however, and needs to be edited in a seamless fashion. Those edits used Blackmagic Design’s camera format of Blackmagic RAW in both 4K and 6K. The objective from Roswell Films and Therapy Studios was to simplify post production by not using proxy workflows and editing the full resolution RAW files. They also had to meet the requirement of having remote producers and directors review the editorial decisions in the film. 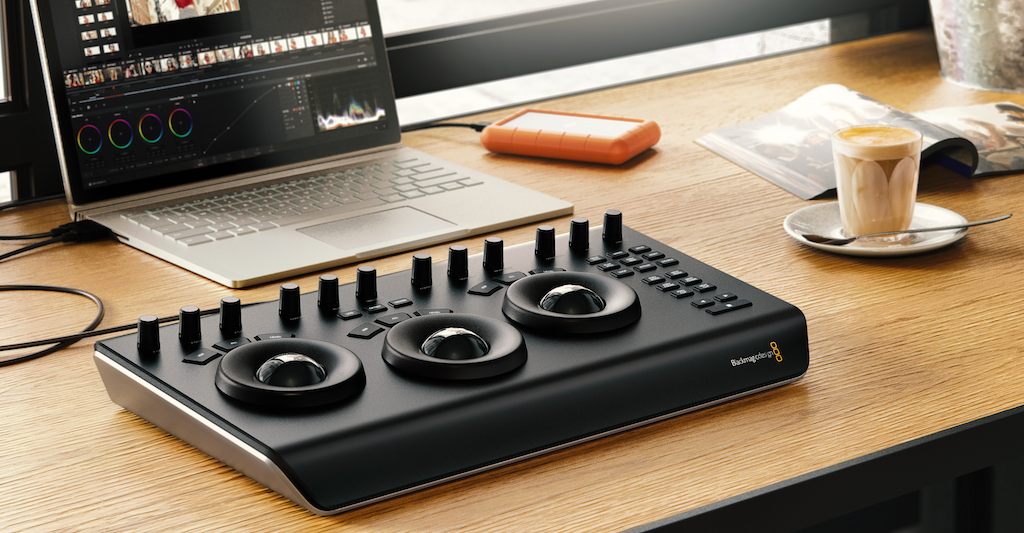 The AWS team worked closely with Blackmagic Design to architect, design, and implement a cloud-based edit solution which would enable remote production without compromising on production quality or editor productivity. Initially, a data migration workflow was implemented to move the RAW media files to the cloud. Leveraging the AWS Snow Family, including Snowball Edge Storage Optimized, moving the media to AWS could be done offline without requiring a robust internet connection. After loading the media onto a AWS Snowball Edge, the device was shipped back to AWS and offloaded automatically to Amazon S3. This process unlocked the ability for Blackmagic Design to rapidly move to a shared media storage platform, thus enabling a fully cloud-based editorial experience. Media files were then made available to cloud edit workstations via Amazon FSx for Windows File Server, a native Windows SMB file sharing allowing for up to 3GB/s of throughput speeds, meeting requirements for RAW 4K and 6K edit workflows. Amazon FSx for Windows File Server is a managed storage solution from AWS, that alleviates concerns around the day-to-day management of storage. The process of easy content onboarding and connectivity to edit stations in the cloud was critical to allowing the film’s creative team to focus on producing content without having to manage infrastructure.

“The AWS solution that we have implemented for our workflow has proven that it is possible for us to set up a fully remote editorial solution in the cloud. Hand in hand with the footage using the Blackmagic RAW codec, we have been able to create a fully online workflow using virtual machines and storage that is not on-prem. The power of being able to turn on more processing power as needed allows us to create all our deliverables internally as well. Without needing to create proxy media we are able to have an “Online All The Time” workflow. Common issues of color and metadata loss are virtually a thing of the past. We are very excited about unleashing this workflow into the world.” – Jim Rota, Sr. Director, Film and TV Workflow, Blackmagic Design

Centralized cloud-based editing on AWS also enabled the team to collaborate from multiple remote locations, working on the same set of content. The filmmaking team was able to select from AWS’ multiple regional, and local zone, locations while centralize their editing workload at a location that provided the lowest latency for their primary edit team. With a Video Editor in Chicago, an Assistant Editor in Los Angeles, and a Colorist in San Diego, the team chose the Los Angeles Local Zone to allow low latency access to the Resolve edit stations. Within the LA Local Zone, the team chose to use G4dn.4xlarge Amazon EC2 instances, as they provide a good balance of cost/performance and can decode the 4K and 6K content with ease, thanks to the NVIDIA T4 GPU on the G4 series instances.

I’ve never been able to edit with full resolution footage until now. It’s always been promised but I’ve always been let down. This workflow shows me it can be done – and done correctly. Like the song by Timbuk 3 says “The future’s so bright, I gotta wear shades”. — Dean Gonzalez, Editor

In order to take advantage of Resolve’s powerful multi-user collaboration, a dedicated Blackmagic Design Project Server running on a lightweight Amazon EC2 T3.medium instance, enabling the team to utilize features such as bin locking, shared markers, built-in chat, and timeline comparison. The small footprint and demands of the Project Server allowed the AWS team to cost optimize this part of the workflow to one of pennies per hour in compute costs. 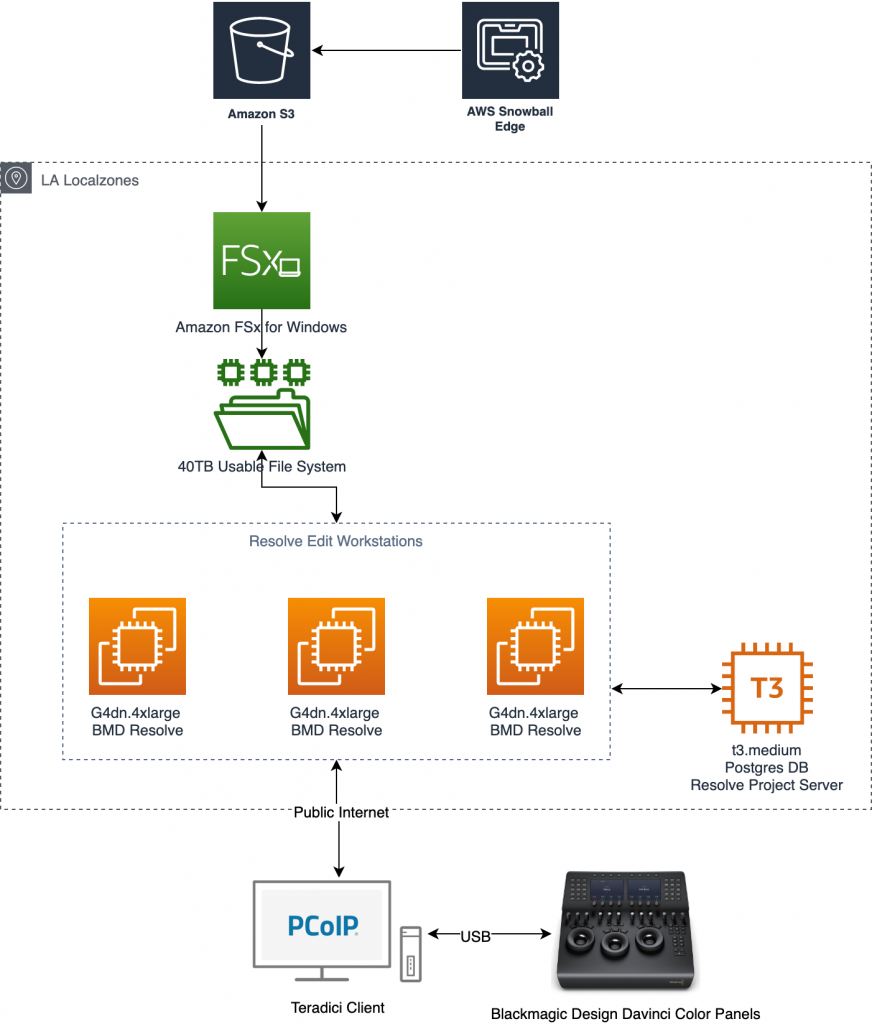 Editors are no longer bound to a physical location or legacy hardware to perform their daily tasks. As long as you have an internet connection you can remotely connect to an editing station and get started with any project. This filmmaking experience has also unlocked a new reference architecture that can be easily adapted to your post production needs. To get started launch our AWS Cloud Video Editing GitHub template, and download the free version of DaVinci Resolve.

To improve efficiency, Netherlands-based chip maker NXP is partnering with Amazon Web Services in an effort to offload most of its design and testing workloads onto the cloud.